The coronavirus disease 2019 (COVID-19) pandemic has been associated with both short- and long-term neurologic complications, including stroke, brain fog and persistent tiredness.

A new study concludes that the effects of the severe acute respiratory syndrome coronavirus 2 (SARS-CoV-2) on the central nervous system are due to the endothelial injury and inflammation that this produces in the brain. 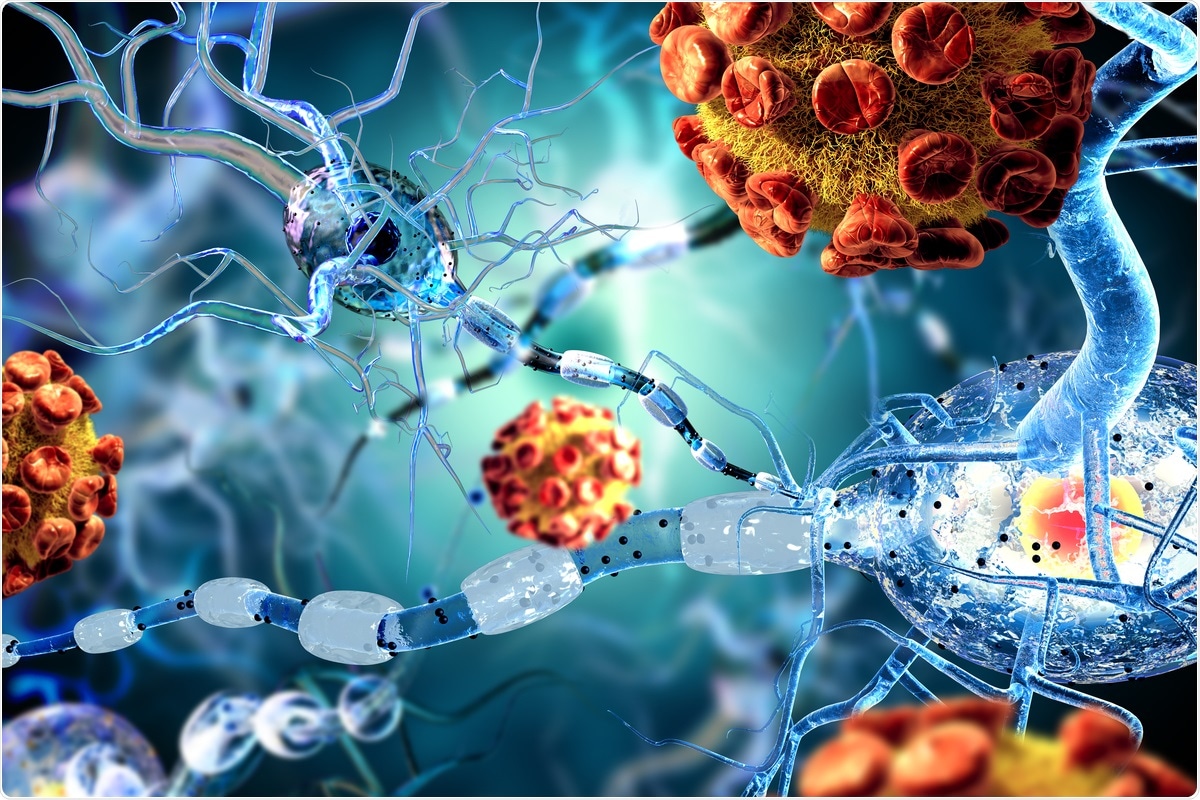 A preprint version of the study is available on the medRxiv* server, while the article undergoes peer review.

Since the beginning of the pandemic, it has become clear that men are often more affected by COVID-19, with a higher likelihood of severe illness and a greater chance of death.

The current study focused on assessing brain injury markers (BIM) within 48 hours of hospitalization and at three months later.

These were measured in hospitalized patients and in controls in a single hospital in Houston, Texas, USA. None of them had chronic lung, heart, neurological or psychiatric disease, cancer, or any disabling condition.

The researchers found that within 48 hours of hospitalization, that is, during the acute phase, patients had higher markers of brain injury like MAP2 and NSE than controls. The mean levels showed an increase of 60% to 145%, depending on the individual marker, relative to the controls.

Of these markers, MAP2 is a sign of dendritic injury, and was high at both acute and chronic time points. It has previously been shown to be high after traumatic brain injury and predicts long-term outcomes.

NSE is found in nerve cells and indicates damage. S100B is found in astrocytes and is high in traumatic brain injury and in strokes. Thus, this combination of BIMs shows combined nerve cell and astrocytic injury in COVID-19, worse in men than in women.

However, all markers had returned to normal at three months from hospitalization.

Markers of endothelial injury were also higher with acute infection, with the mean levels being two and three times higher than in controls, for ICAM1 and VCAM1, respectively. These were not assessed at three months.

The endothelial marker ICAM1 is released in response to IL-1b and TNFα. The effects are increased leukocyte adhesion, which reduces the barrier’s integrity and promotes leakage from the blood vessels.

Cytokines and chemokines were also much higher, in some cases, in acute infection, but others showed a decrease. Of 38 chemokines and cytokines evaluated, seven were high, while two were low. Again, these reverted to normal levels at three months.

TNFα is a potent inflammatory mediator. Its elevation in this context indicates that the vascular injury is probably inflammatory in origin and not due to viral injury.